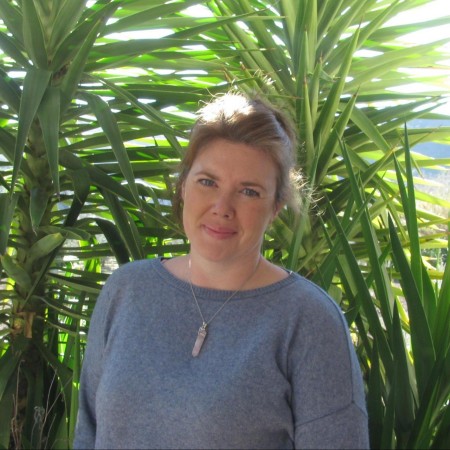 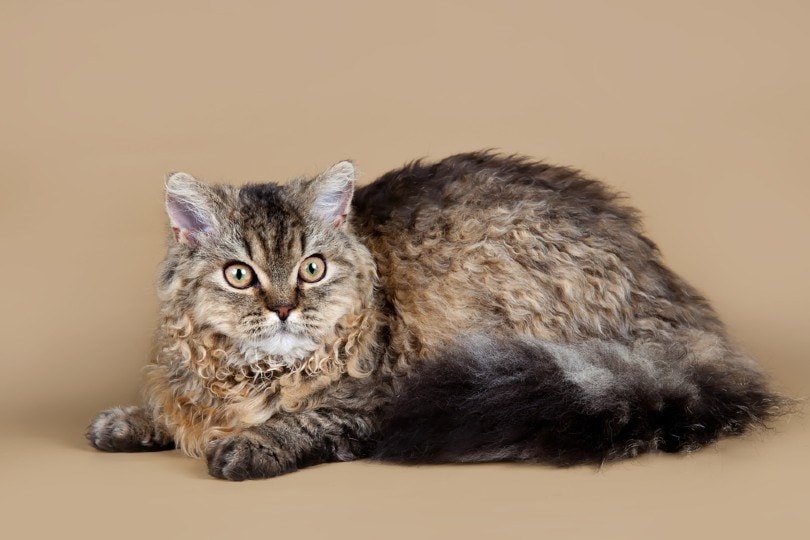 If you want a truly unusual cat, then a curly-haired breed might be exactly what you’re looking for. Curly-haired cat breeds are so rare, there are only four types found worldwide! Let’s learn more about each one so you can find out which of these unusual breeds could suit you and your family the best.

What makes a curly cat breed?

Many curly-haired cat breeds are referred to as “rex” cats. This acknowledges the genetic mutation that causes the wavy or curly hair seen in these cats. The gene for curly hair is found in many different species, including horses, rats, rabbits, dogs, and cats. The mutation alters the hair structure, making it curly rather than straight. All rexed cat breeds, or those with curly hair, are the result of a natural genetic mutation. This isn’t that common, which is why there are only four rex cat breeds that are officially recognized by the main breed associations, like the Cat Fancier’s Association and The International Cat Association.

The curly-haired cat breeds all have a different genetic mutation, which is the reason that their curly coats are so different from each other in terms of texture. Some curly-haired cat breeds, like the Devon Rex, completely lack an undercoat, giving them a plush short coat made up entirely of guard hairs. Others, like the Selkirk Rex, have a profuse and dense coat that can be short or longhaired.

The LaPerm is a natural breed that can be traced back to a litter of kittens born in 1982 at a farm in Dalles, Oregon. One of the kittens, which ended up being called Curly, was born bald and then gradually developed soft curly hair. This kitten then went on to have her own curly-haired kittens. In 1992, a breeding program was developed, as up until that point, the curly-haired cats on the farm had been allowed to breed freely. The name LaPerm was inspired by the breed’s wavy coat, which looks like it’s been permed! There was a great deal of interest in the breed once they became better known.

LaPerm cats adore spending time with their humans, and they’re extremely affectionate. They’re also much attuned to their owners, so while they do love being active, they’re quite happy to sit down and relax with you. LaPerm kittens can be born bald or with hair, but they almost always lose their coat, which then grows back gradually by the time they’re 6 months old. These intelligent cats love learning tricks, with clicker training being a great way to bond with your cat while teaching them new tricks at the same time. As long as a LaPerm is getting attention and affection from their owners, they’ll be happy!

Sometimes nicknamed the “Poodle Cat,” the Selkirk Rex is a newer natural breed that was discovered by Jeri Newman in Montana in 1987. A curly-haired kitten with curly whiskers was discovered in a litter of regular kittens. The mother cat had slightly wavy hair, and it’s thought that this gene may have mutated in the kitten, which was named Miss DePesto after a character on the (at the time) popular TV show, “Moonlighting.” When bred to a Persian cat, DePesto had a litter of six kittens, three with curly hair and three with a normal coat. The breed was named the Selkirk Rex in honor of Jeri Newman’s stepfather. This makes the Selkirk Rex the only cat breed that takes its name from a person!

Selkirk Rex cats can have short or long hair and can be born with a curly or a straight coat. The Selkirk Rex is outgoing, confident, and people-oriented. They love living in a busy household and get along well with other pets. They do shed quite frequently, thanks to their thick coats, so they need regular brushing to keep loose hairs under control. Selkirk Rex are solid and muscular cats. They’re playful and love plenty of interaction with their families. They’re not overly vocal or demanding, but you may find them following you around the house. These intelligent cats need plenty of mental and physical stimulation to keep them in the best of health.

The Cornish Rex was discovered in the British county of Cornwall in 1950 by Nina Ennismore. As a breeder of Rex rabbits, she knew that the kitten from a barn cat mother was unusual, so she adopted him and called him Kallibunker. It’s thought that his curly coat was due to a spontaneous genetic mutation. Originally it was thought that the Cornish Rex and the Devon Rex may be related, but when these breeds were crossed, all the resulting kittens had straight coats. The first pair of Cornish Rex cats were imported to the U.S. in 1957, and the breed was recognized in 1967. They’re now more popular in the U.S. than in their native country.

Cornish Rex are people-oriented and need to be surrounded by company most of the time. They will not do well in a home where their owners are out at work all day. Cornish Rex don’t have any guard hairs, so their coat feels silky and quite thin. These cats have a svelte and athletic body shape. Their narrow face and large ears give them a distinctive appearance that’s unmistakably Cornish Rex. They love to climb, so it’s important to offer them plenty of suitable places to do so. They get along well with other pets, including dogs. They love to learn tricks and will be happy to go on a walk once harness trained.

As the Cornish Rex became more well-known, another curly-haired and naturally occurring cat breed was discovered in the neighboring county of Devon. In 1960, a feral cat with a curly coat sired a litter of kittens, one of which had a curly coat just like her father. Beryl Cox, the owner of the curly-haired kitten, named her Kirlee. Initially, Kirlee was sold to the owners of the first Cornish Rex, Kallibunker, in an attempt to see if breeding the two would result in more curly-haired kittens. But none of the kittens from Kallibunker and Kirlee were curly-haired, indicating that the genotypes of the two cats were different and that they were actually different breeds. Breeding Kirlee with other cat breeds did result in curly-haired kittens, and the Devon Rex breed was officially established.

Devon Rex have coats with a tight curl, and their whiskers are short or absent. Their huge ears sit low on their heads and give them a pixie-like expression that lovers of the breed find irresistible. These sociable cats adore company, and they’re usually mischievous and love to play. Devon Rex need plenty of interaction from their owners and toys and enrichment to keep them occupied. Devon Rex cats often have the adorable habit of wagging their tail when they’re happy. Their fur is delicate, and they shouldn’t be groomed too often, as this can cause their hairs to break off.

Are there any other curly-haired cat breeds?

The four breeds we’ve looked at above are the only curly-haired cat breeds accepted by most breed associations. But there are other rexed or curly-haired breeds in development, including:

As these become officially accepted breeds, we’ll add them to our list! Some rexed cats have also been found in other cat breeds, including Persians and Maine Coons, but this has never led to the development of a separate breed.

If you have a curly-haired cat, tell us all about them in the comments!

Emma is a freelance writer, specializing in writing about pets, outdoor pursuits, and the environment. Originally from the UK, she has lived in Costa Rica and New Zealand before moving to a smallholding in Spain with her husband, their 4-year-old daughter, and their dogs, cats, horses, and poultry. When she's not writing, Emma can be found taking her dogs for walks in the rolling fields around their home...and usually, at least some of the cats come along, too! Emma is passionate about rescuing animals and providing them with a new life after being abandoned or abused. As well as their own four rescue dogs, she also fosters dogs for re-homing, providing them with love and training while searching for their forever homes.