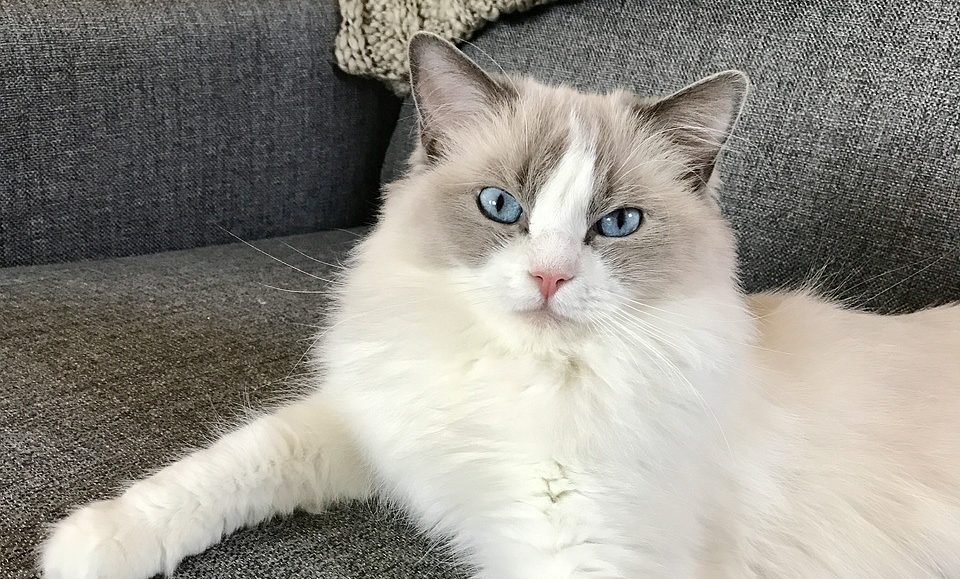 Beauty is in the eye of the beholder, but some cats are widely considered cuter than most. Below are 20 of the cutest breeds to help you find your next ideal feline companion.

The Ragdoll is a large and powerful cat with beautiful hair. They are friendly, loyal, and they can be trained to play games and perform tricks. This trainability also means that they are easily trained to be better housemates. They can be taught to use a scratch post, for example. They get along with children and will usually get along with other pets. However, they do shed and aren’t particularly easy to groom.

The Ragamuffin is a docile cat and is very well known for slumping into its owner’s arms for love and attention. The breed will love you, children, other animals, and usually even strangers. The hardy breed is intelligent: his capability to fetch and learn other commands has earned him the nickname of being the puppy of the cat world.

The Munchkin is a controversial cat breed. It is a loving cat and it does look beautiful, but the so-called sausage cat got and retained its short legs through the intentional breeding of cats with genetic deformities. If you rescue one of this breed, however, it will be a friendly cat that lives up to 15 years but may be prone to some illnesses.

The Abyssinian looks like a wild cat and, in some ways, acts like one, but only really in its love of being up high. The Abyssinian is a loyal cat, although he isn’t as clingy as some other domestic breeds. He does love to climb and has plenty of energy, though, which means that he might prefer to spend time playing with the kids rather than laying on your lap.

The Bengal is another wild-looking cat and another breed that should be considered energetic and very playful. In fact, the Bengal has high energy requirements that you need to meet. The breed will be affectionate with its humans, though, and is considered a fun pet because of its love and ability to play.

The Siberian is a long-haired cat that is built to survive the harsh cold climate of Siberia and is more than able to deal with cold weather. Although the breed enjoys playing and will usually partake in any activity, it also enjoys laying on your lap or curling up for a snooze. The Siberian is demanding and does not give up, so will follow you around all day long.

The Maine Coon is best known for its size, because it is arguably the largest domestic cat breed and you can expect one to grow to a weight of 20 pounds or more, with some tipping the scales over 30 pounds. They’re also happy and joyful cats, will adapt to life with your family, and although one might follow you around like a shadow, it won’t be all that demanding.

The Scottish Fold is named and most recognizable for its folded ears. This cat, of Scottish origin, enjoys playing and may struggle if left alone for too long. They are very affectionate and will get along well with children. In fact, these cats will usually get along with anything.

The Cymric is essentially the long-haired variant of the Manx cat, which is very well known for being the one with no tail. The Cymric shares this characteristic so you are getting a long-haired cat with half a tail (perhaps even less). You’re also getting a cat that is a skilled hunter and even has the potential to become a watch cat or guard cat for its owners.

The American Bobtail is another breed with no or very little tail. It doesn’t require a lot of grooming and is very loving, gentle, and still loves to play. Not only will the Bobtail befriend all family members, including other pets, but it will also welcome strangers, too.

The British Longhair combines the Persian with the British Shorthair breeds. The resulting feline is friendly and can be a sweet and loving companion. His combination of luscious fur and lap-loving nature means that he is often thought of as being the teddy bear of the feline breeds.

The British Shorthair is a quiet cat. It is friendly with everybody and while the Shorthair is not a demanding breed, it is usually happy to be cuddled. The breed gets along with children, other cats, dogs, and pretty much any pet you have, and they are widely regarded for their patience and tolerance.

The Egyptian Mau could stem from the original Egyptian domesticated cats, although nobody is certain. Owners are certain, however, that they are affectionate cats and while they may vocalize, it is a quiet chatter. The breed is good at hunting but equally happy at home with its family, which can consist of people of all ages, as well as other cats and even dogs.

The Birman is a polite cat that will quietly remind you to feed it. It will also show plenty of affection to you and the rest of your family members. It is somewhat prone to certain health conditions including eye problems and nervous system illnesses.

The Chartreux is a playful and friendly cat that can even be called comical. It is not an overly energetic cat but has more than enough energy for a good play session with you. He will follow you around but will keep his distance until you are sat in an appropriate position.

The Persian is a sweet-natured and personable cat. They are relaxed and are as precious as they look. They can be sweet and affectionate, but owners need to know that they shed a lot and do require some grooming to ensure that it is not too excessive.

The Turkish Angora is a beautiful-looking and charming-natured cat. It comes from Turkey and is one of a list of rare cat breeds that enjoy water and swimming. It will form a close bond with the main family member and while it doesn’t shed as much as some breeds, it does take some regular grooming to maintain the beautiful coat.

The most notable characteristic of the LaPerm is its perm. The result of a dominant mutation, curly hair is found in all examples of the breed today. The LaPerm is considered a friendly and amusing cat. It is quite an active breed and it can be taught to play fetch with its human owner.

The Russian Blue is a stocky and athletic cat but has a soft coat and affectionate personality. The breed is known to be gentle, quiet, but loves playtime. In particular, the Russian Blue enjoys being up high so expect sneak attacks from on top of a cupboard or other high platform.

The Siamese is a very widely recognized breed. It is elegant and charming, and the Siamese breed is a naturally talkative cat so you will never feel alone with one of these as your trusted companion. The Siamese also enjoys playtime and will appreciate it if you offer interactive play sessions.

The 20 examples above are really just a selection of some of the cutest cat breeds, and beauty really is in the eye of the beholder. Consider what you prefer in a cat, including personality traits like friendliness and playfulness, and then find a breed that matches these traits, to help you find your perfect companion cat.