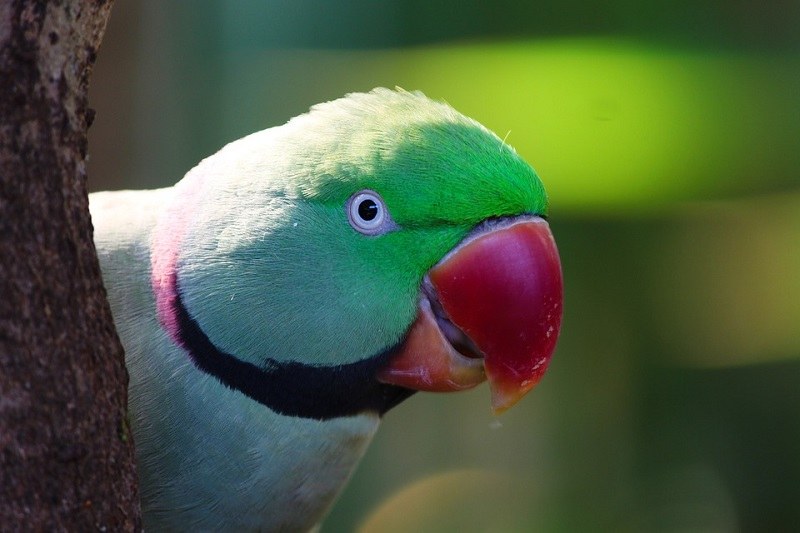 We’ve all seen adorable parakeets with their vibrant colors fluttering around pet shop enclosures. They always seem to be as busy as their designs and patterns, sporting so many vivid shades that appeal to onlookers. Outside of pet stores, breeders have been forming mutations that display a huge array of different looks you may have never seen before.

So, just how many colors can a parakeet have? Endless might be a stretch, and we don’t even cover every parakeet in this post. If you want to explore all of the options, check out these gorgeous specimens to see if one of them strikes your fancy.

The stunning Blue Indian Ring-necked Parakeet is a curious, playful little bird with a lot of personality. Their striking colors are rare and beautiful, which are sky blue with black lines around their necks. They have penetrating eyes and a bright red beak.

These cuties might be tempting to purchase because of their attractive features but watch out if you’re a first-time owner. These birds can be nippy and sassy, requiring frequent handling right off the rip.

Blue Indian ring-necked parakeets cost an average of $400 to $500. They have lifespans of 30 years.

The Budgerigar, or budgie, is a classic pet store parakeet. They are what you envision when you think of one. Budgerigars in the wild are mostly green, yellow, and blue—but they can be a wide array of colors now thanks to modern breeding selection.

These guys are very popular pets because they are curious and friendly. Budgerigars should always be in pairs or more. They are extremely dependent on their flock, so they must have friends around to play with, groom, and snuggle.

Budgies are pretty inexpensive in comparison to some other parakeets, costly between $10 and $35. They live an average of 5 to 10 years.

Monk parakeets are also known as quaker parrots. These cuties are bright green with a gray abdomen and yellow beaks.

These parakeets are widely revered for their big personalities in little frames. They are extremely theatrical and comedic birds with so much to offer their human companions. Monks can even be frisky or aggressive during play, but it’s usually in good fun.

Plain parakeets are anything but. These little guys have intensely vivid green feathers in various hues, from lime to Kelly green. Plains are very eye-catching in terms of color and character.

Plain parakeets have incredibly sweet, friendly personalities that sweep owners off their feet. They seem to acclimate well to their humans, but they might be shy around strangers.

Plain parakeets generally cost between $50 to $100. They have a lifespan of about 15 years.

The lineolated parakeet is known for its fascinating barred markings on its feathers. They are usually covered in beautiful green color with blue under the wings. However, in captivity, they can also take on mutations offering blue, turquoise, and even white.

If you socialize these little guys properly, they are usually huge fans of their humans. They love being held on your finger or whistling a tune to you. In fact, these are one of the calmer parakeet types, not making as many vocalizations as some of their other cousins.

Tropical and colorful, the Alexandrine parakeet is a medium-sized parrot named after Alexander the Great. These parakeets are bigger than many, covered in gorgeous green plumes with splashes of red.

These birds are somewhat quieter than others of their likeness, such as the ring-necked parakeet. Alexandrines are incredibly intelligent and are docile with their humans. However, these spunky birds might be a little frisky or territorial with other birds.

The moustached, or red-breasted parakeet, is easily spotted by the giant red patch on its chest. They also have a notable black strap on the chin and a bandit look around the eyes. Their beaks are bright red-orange and their heads are lavender gray.

The moustached parakeet loves human interaction, but they aren’t the cuddliest. They’ll happily make interactive vocalizations and learn tricks, but they would prefer a hands-off approach to bonding. They are very curious, playful, and fun.

In Australia, these little beauties are the only parakeet in their genus, making them one of a kind. The Bourke’s Parakeet—or “Bourkie”—is interestingly patterned, with vibrant pink bellies and neutral spotted wings.

When it comes to having a Bourkie, it’s very important to get them as young as possible to strengthen the bonding experience. They are generally very low-key and quiet, especially in comparison to others of their kind.

Bourkies can cost $150 and beyond, depending on the breeding. They live a little shorter of a lifespan than many of their parakeet cousins, averaging 8 to 15 years.

The lime-colored rose-ringed parakeet has a very attractive look, sporting a classic dark ring around the neck portion of their heads. Their flight wings are dark green with a yellowish-green undertone in the flight feathers, creating a lovely contrast.

Rose-ringed parakeets can make excellent pets for experienced owners. They take a lot of patience and consistent handling to remain tame, but this is no issue for an expert. They are incredibly smart birds with a lot of sass.

Rose-ringed parakeets have quite a big range when it comes to price—landing somewhere between $200 to $700, depending on the breeder. They have an average lifespan of 30 years.

The plum-headed parakeet looks like a bird who’s ready to party. They have intensely vivid colors, making them stand out amongst the rest. They have flamboyant green bodies with turquoise neck rings and brilliant magenta-to-plum heads.

Plum-headed parakeets might not take well to strangers, but they sure love their people. They are very affectionate and social with their owners and cage mates.

Plum-headed parakeets cost between $400 to $700. They live roughly 20 years with proper care.

The brotogeris parakeet is a mostly green bird that sometimes has portions of yellow, white, orange, or gray on its flight feathers and head. There are several subspecies within the brotogeris family, like the canary-winged, yellow-chevroned, orange-chinned, golden-winged, and cobalt-winged parakeet.

Those in the brotogeris family are notoriously intelligent, energetic, and reactive. They have a pretty far stretched list of personality traits, but they’re generally very good pets, especially when they are handled young.

The derbyan parakeet is a fascinating specimen with its bold contrasts of color. They have a mostly green body with a bluish-gray head and chest, and two deep defining black straps across the eyes and chin area. Their wings can have splashes of yellow on the top and under feathers.

Despite their intense color, they have very laidback personalities, making terrific companions. These birds love to learn and will soak up new concepts like a sponge.

Also known as the rock pebbler, the regent parakeet is an Australian bird. They are predominantly yellow, green, and deep blue with pops of red on their wings.

Regent parakeets can be quite shy initially, but once they warm up, they are very lively and entertaining. These birds do very well in aviaries because of their agreeable nature.

The blossom-headed parakeet lives up to its name, as its head is rosy pink to lavender. Separated by a strap of black around the neck, their feathers are various shades of beautiful green.

These adorable little birds are sweet and agreeable with both people and other birds. They have a certain charm and curiosity that awes owners. They aren’t particularly vocal, either. So, if you’re looking for a quieter parakeet, you may want to look further.

Blossom-headed parakeets typically cost between $400 and $700. They can live upward of 20 years.

Slaty-headed parakeets have seafoam green body feathers with deep grayish-blue heads. Their tails fade into a beautiful yellow, and they have burnt orange beaks. Males have a small red splotch of color on their upper wings, so it’s easy to determine gender.

These birds tend to do very well as pets, bonding strongly to their human counterparts. They can also get along with other birds, so they are good roommate candidates.

Like many tropical birds, parakeets don’t disappoint with color variety. If you like a particular shade, you can find one that has just about any color scheme you can dream up. Owning a parakeet (or several) can be a real treat. They have a character that differs as much as their feathers and can be a terrific choice for novice and seasoned bird owners alike. 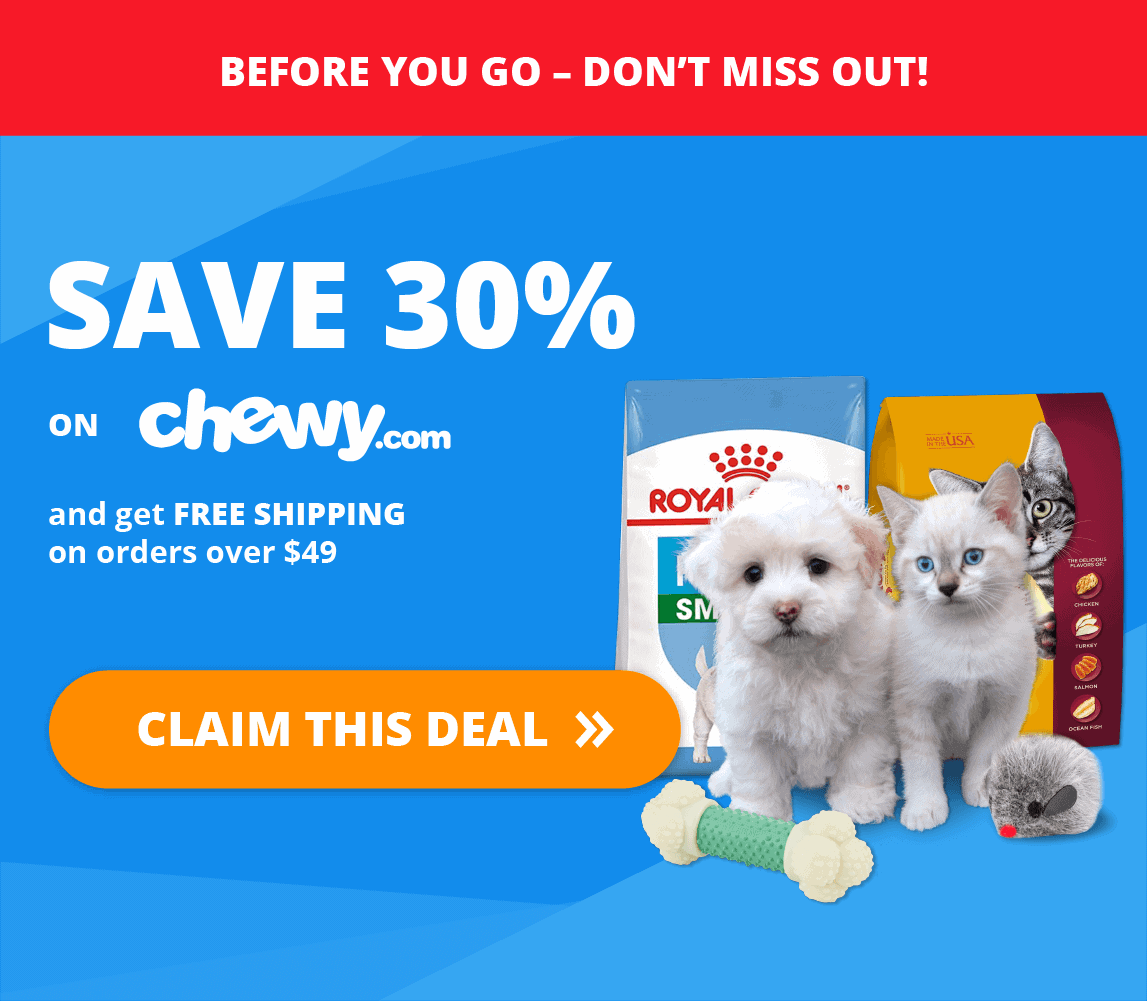