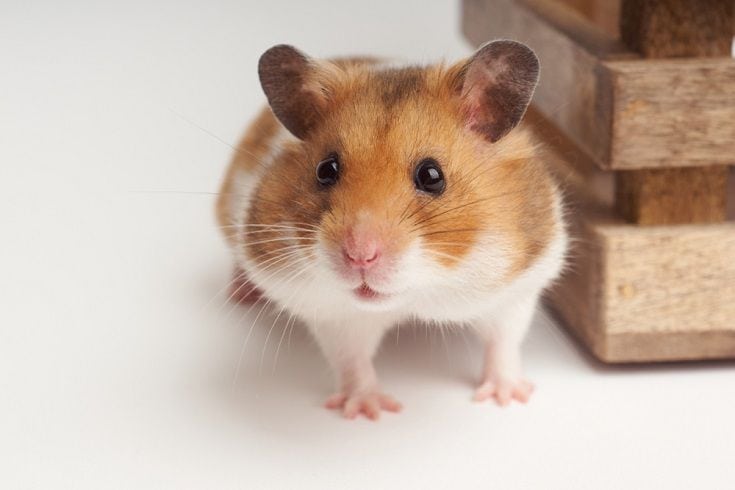 Syrian hamsters — also known as teddy bear or fancy hamster — are great pets for new owners. In fact, they’re some of the most popular small pets in the Western world. As far as pets go, Syrian hamsters are among the easiest hamsters to tame. Through daily handling, they will become very docile and social to their human owners. Often, this breed of hamster will develop its own quirky idiosyncrasies and develop a personality all its own.

Syrian Hamsters – Before You Buy…

If you’re looking for a pet that’s full of life, a hamster is a good choice — particularly a Syrian hamster. They’re larger and more resilient than their dwarf cousins, allowing even younger children to learn how to care for a pet. However, they’re still relatively fragile, so supervision will still be needed.

Syrian hamsters are also among the most docile of hamsters and actually enjoy being held once they’ve been tamed. They will take some time to tame, but will rarely bite throughout the process.

One big mistake many new owners make is that they don’t get a big enough enclosure for their hamsters. Hamsters just love to run and play! However, many of the hamster cages you’ll see available for sale are way too small and gimmicky. And the more accessories they come with, the less space your Syrian hamster will have to maneuver.

Your best bet would be to opt for a bigger cage and then personalize it with toys and exercise equipment. And don’t forget to get a large hamster ball for these guys. Letting them roam around your house will surely brighten their day and give you a great way to interact with them.

What’s the Price of Syrian Hamsters?

The base cost of a Syrian hamster will range between $5-20. This all depends on their color variations, hair length, and other defining factors. The biggest cost of owning a hamster will come from purchasing proper housing, toys, and food.

1. All Syrian Hamsters Can Be Derived From a Single Mother

In 1930, Jewish scientist Israel Aharoni captured a female along with 12 of her pups outside of Aleppo, Syria. And after a rough start in captivity, they began to breed. Now, all domestic Syrian hamsters can be traced back to the originally captured female.

Not all Syrian hamsters are short-haired. In fact, some of them can grow long, silky coats. This is most common in male hamsters due to the increased production of testosterone. These coats even come complete with light-colored skirts encompassing their backsides.

Temperament & Intelligence of the Syrian Hamster

Syrian hamsters share quite a few traits with other hamster breeds. They are nocturnal critters who like to spend most of their day sleeping. When evening comes they start getting active, s be mindful about where you’ll store their housing.

They’re relatively clever as well. They enjoy running around in tube mazes and other tunnel toys. And when it comes to going to the bathroom, they’ll usually choose a singular location farthest away from their sleeping area, meaning you won’t have to frequently do full cage cleanouts.

Syrian hamsters are great pets for families — especially those with smaller children. They’re great for teaching younger kids the responsibilities of having a pet because of how low-maintenance they are. Also, hamsters can teach children other core virtues such as patience and gentleness.

No. Being a natural prey animal makes the Syrian hamster rather skittish towards most larger animals including dogs, cats, and unfamiliar humans.

And they definitely don’t get along with other hamsters. Syrian hamsters are extremely solitary and territorial. This means they prefer to be alone and away from fellow hamsters. If you are breeding hamsters, they need to be separated before maturity. Hamsters have been known to fight to the death when left together.

Things to Know When Owning a Syrian Hamster:

In order to be a proper owner for your new Syrian hamster, there are a few things you’ll need to know about.

Syrian hamsters are omnivores and require a special mix of food in order to get their full nutrition. You can also give them nuts, grains, and seeds as a nice treat. Syrian hamsters also enjoy other fruit and vegetable supplements including apples, broccoli, pears, carrots, and cauliflower. And remember, they’re omnivores which means they eat some meat protein as well. Toss in a cricket or a piece of hard-boiled egg and watch them go to town.

Just remember, while bigger than dwarf hamster varieties, Syrian hamsters are still small animals. You shouldn’t give them too much food. A teaspoon of food each day is all your teddy bear hamster really needs to be healthy and happy. Overfeeding can lead to obesity and other health problems.

Hamsters need plenty of exercise when they’re awake. The best way to do this is to maximize the amount of space they have. Pick up a large cage or habitat for them to live in and only put in a few toys. One toy that every Syrian hamster should have is an exercise wheel. These hamsters can run up to nine miles a day!

Training your Syrian hamster isn’t like training a dog, however, they can learn some simple tricks. If you interact with your hamster regularly and call it by name, it can recognize its own name. They also litter train themselves and establish individual routines.

It’s not too difficult to groom a hamster. That’s because they self-groom and are relatively low-maintenance. Over-grooming them can actually cause your pet to lose some of its natural oils that keep their coats looking great. However, if you have a long-haired variety of Syrian hamster, you’re going to need to help it out every now and then. This can be done with a small brush or a fine-toothed comb.

Hamsters also have hypsodont teeth. This means that their teeth just keep growing. You’ll need to supply them with plenty of wood or other appropriate chew sticks in order to keep them trimmed. If they do get too long, take your hamster to the vet to have them taken care of.

When compared to other hamster breeds, Syrian hamsters are pretty hardy little creatures. However, there are a few conditions that you should keep an eye out for.

Firstly, older hamsters are known to develop tumors. These can be either malignant or benign. If you notice any lumps on your hamster’s body, contact your vet in order to discuss further options.

Hamsters can also develop a condition known as wet tail. It’s actually a bacterial infection that affects the hamster’s GI tract. It can cause severe diarrhea and very soft, watery droppings — hence the name. This can be a lethal condition. However, vets can aggressively treat it with antibiotics.

Less serious is the issue of ear and fur mites, which is exceptionally easy to treat. Through regular bedding changes or the use of sterile bedding, mites can be prevented. Normally, a topical ointment, dust, or shampoo is prescribed for treatment.

There are some pretty unique differences when it comes to male and female Syrian hamsters. Male Syrian hamsters tend to be a bit more laid-back and easy-going. The females, on the other hand, can get quite spunky and really bring out the quirky personalities this breed is known for. Also, females are commonly larger than males. And more smelly too. This is because they go into heat every few days.

Syrian hamsters can make an awesome introductory pet for new owners — adults and children alike. Their docile nature towards humans makes them super easy to get along with. The two biggest problems you’ll encounter with Syrian hamsters in your daily life will be the nocturnal habits of these animals and their extreme territorialism. If you are looking to own multiple hamsters, this is not the breed for you.

And just remember, like with any other hamster breed, you need to start slow with them. Hamsters by nature are prey animals. Quick movements, loud noises, and any other sudden changes in atmosphere can startle them.

But this shouldn’t discourage you from owning a Syrian hamster. These teddy bears really are a great pet and will make a fabulous addition to your family.