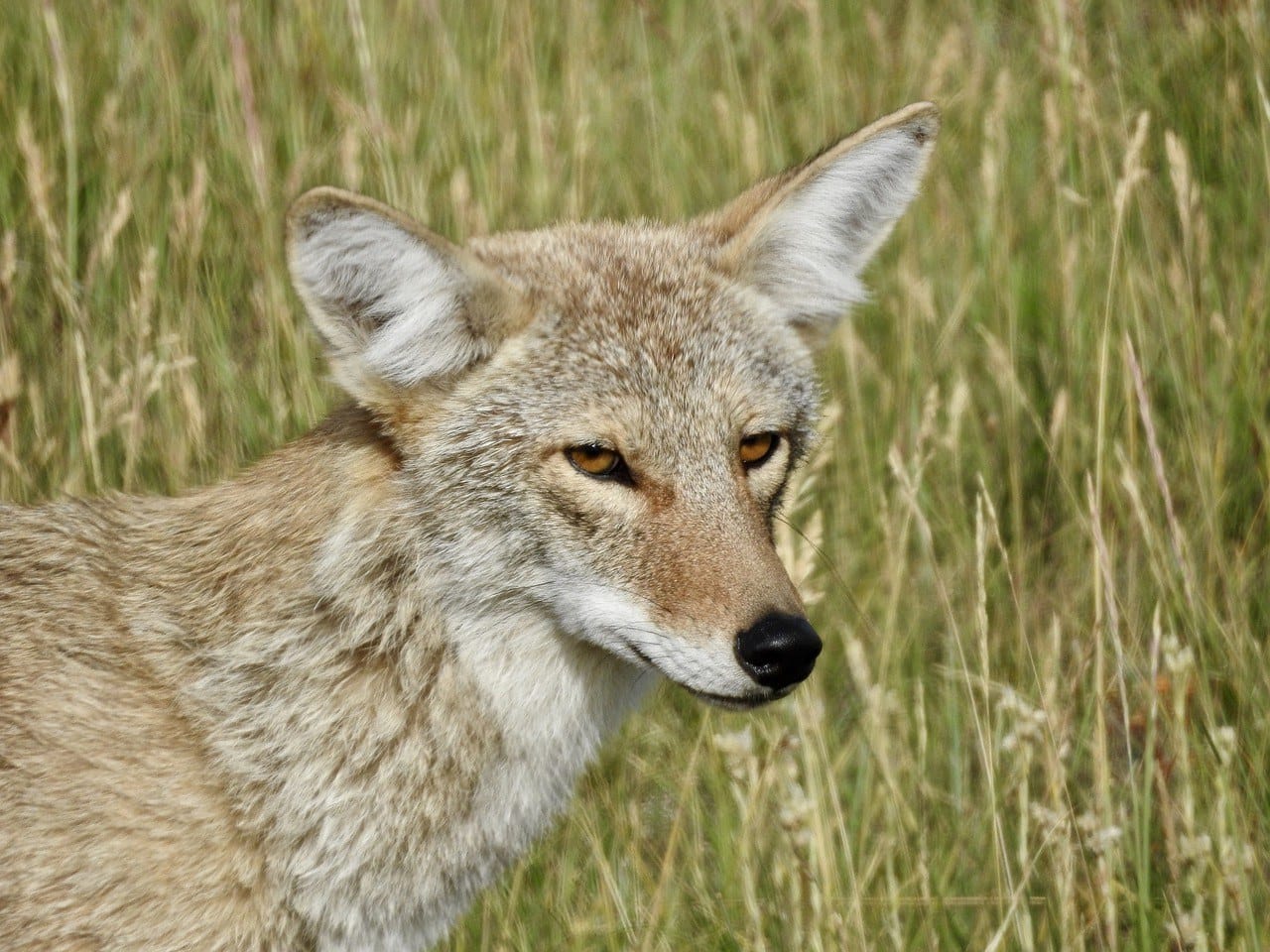 Just because you don’t see coyotes in your neighborhood, doesn’t mean that they don’t live in local gardens. In fact, research suggests that while coyotes live on small animals like mice and rats, they will feast on feral and domestic cats when they need to.

Studies vary dramatically in their findings, with some indicating that an alarmingly high 42% of an urban coyote’s diet is feline, while other studies suggest that the figure is much lower, just 1% or 2%. Whatever the figures, coyotes are opportunistic animals and will hunt and eat cats when they live in proximity. Small dogs are also at risk, although these attacks are much less common.

Where Do Coyotes Live?

The coyote is a member of the dog family and while they used to live in deserts and open prairies, they are now forced to live in forests and up mountains. However, they are also happy to colonize cities and towns.

They will scavenge some food but will hunt and eat small animals, too. They are opportunistic feeders, which means that they will adapt their diet according to whatever they can find.

Some live on frogs and toads while some live on rodents. Some may live on insects and grass, while others will kill and eat lambs, calves, and other livestock. They are highly adaptable, and they are considered pests by a lot of farmers and others.

Coyotes In Your Yard

Coyotes can run at speeds of up to 40 MPH and they have very good vision and a strong sense of smell. This combination makes them a formidable foe and, if that wasn’t enough, they will form hunting packs during the more challenging winter and fall months. They are now considered among the top predators in the US and they will scavenge and hunt in rural areas.

According to studies by Gerht and Riley and Morey et al, urban and suburban coyotes still rely on natural food sources rather than eating man made or human-generated food like waste and domestic pets. Rabbits, rodents, the occasional deer, and some fruit were the primary ingredients in the diets of these coyotes.

However, another study, this time by Arizona, Grubbs, and Krausman highlighted the fact that 42% of an urban coyote’s diet consists of cats.

Coyotes do present a danger to cats in certain parts of the country, although the exact level of threat is disputed. To keep your cat from harm, the safest measure to take is to keep them indoors. Domesticated cats that are well fed and properly looked after do not need to be let out. Keeping them indoors not only protects cats from coyotes and other wild animals, but also protects them against illness, fights with other cats, vehicles, and theft.

For those that feed feral cats, keeping them indoors obviously isn’t an option, but some measures can be taken to help minimize the risk of fights and incidents.

Coyotes are wild animals and they will adapt to their surroundings and the current availability of food. While they usually eat small animals like rodents, they will turn their attention to cats if there are any in the neighborhood. Keep your cat in or, if you are worried about ferals, ensure that they have routine and good escape routes.