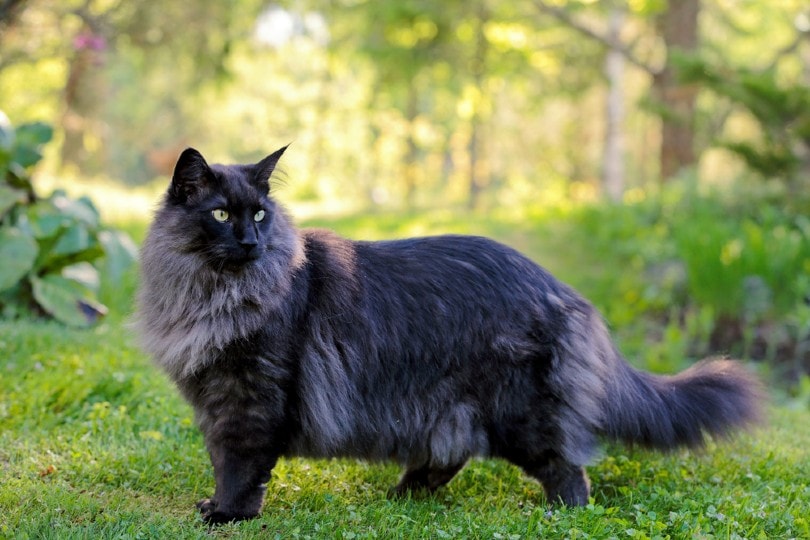 Even though cats have been our household companions for about 12,000 years, some breeds remain rare to date. Many things go into classifying a breed under the “rare” banner. However, the most crucial factor is it must be a recognized breed, as that allows cat organizations to track its numbers.

Following that criterion, the following are 10 of the rarest cat breeds in the world today.

Renowned for its regal, sophisticated look, thanks to its silky white coat, the Turkish Angora is one stunning cat.

It is hard to put a finger to why this breed’s numbers are dwindling, considering Turkish Angoras are among the sweetest cat breeds out there. This feline gets along with everyone, including other pets, and has a strong sense of loyalty.

Despite its easygoing nature, the Turkish Angora is incredibly playful. As a result, this kitty is a great fit for families looking for a high-energy but cuddly cat.

The Sphynx is arguably the most well-known hairless cat breed. However, it has a lesser-known descendant called the Minskin.

The Minskin is a cross between a Sphynx with a Munchkin. It inherited the Sphynx’s hairless trait and the Munchkin’s miniature stature, making it a great fit for people looking for a smaller Sphynx-like cat.

The Minskin is an affectionate cat that loves spending time with its family, including other pets. It is also the type of kitty to meet you at the door when you come home. These cats are also quite playful. Nonetheless, due to their short, stunted legs, Minskins are not very athletic.

The British Shorthair has a calm and easygoing nature, making it an excellent family cat since it gets along with just about everyone. While this cat loves receiving affection, it will not nag you for it.

A post shared by Tudor and Alice my loveley mau (@tudor_alice_egyptianmau)

Native to Egypt, the Egyptian Mau is an incredibly graceful cat, even by feline standards. It has an exotic look characterized by an athletic build, almond-shaped green eyes, and a sleek spotted coat. In fact, the Egyptian Mau is the only domestic cat breed that is naturally spotted, meaning the unique markings on its coat are not the result of human manipulation.

Legend has it that ancient Egyptians worshipped this cat, as depictions of their cat deity bear a striking resemblance to the Mau.

This breed is brilliant, explaining why they are such adept hunters. They are also some of the fastest felines out there. The Egyptian Mau’s personality is an eclectic mix of playfulness and solemnity.

The Korat is native to Thailand, where it is considered a symbol of good fortune. That should not come as a surprise considering how stunning this cat is with its dazzling blue coat with silver tips, giving the cat a shimmery, halo-like appearance.

Even though the Korat is a high-energy breed, it can be remarkably gentle, especially with children. Nevertheless, its high-energy nature often lands it in trouble, as it is an avid explorer.

Native to Siberia, Russia, the Siberian cat is equipped with a long and thick coat to withstand Siberia’s sub-zero conditions.

Despite originating from one of the harshest places on the planet, the Siberian cat is a sweetheart. This cat loves its family unconditionally and only expects some affection in return.

The Siberian is a high-energy cat, meaning you will have to create time for playing with it. Unlike most cats, this breed does not mind playing around with water.

The Norwegian Forest Cat is one of the oldest cat breeds in the world. There is speculation that this kitty lived alongside Vikings. Whether that is true or not is up for debate. However, one thing is certain; no other cat breed fits the role of a Viking housecat better than the Norwegian Forest Cat, thanks to its large size and gruff appearance.

This kitty even has a beard!

Despite their rugged appearance, Norwegian Forest Cats are sassy felines that find tremendous joy in being the center of attention. Nevertheless, they are anything but prima donnas. They are disciplined, affectionate, and incredibly loyal to their families.

Native to the United Kingdom, the Cornish Rex is arguably the goofiest cat breed there is. It is an extremely playful cat with an attention-seeking complex. Therefore you will have to accept the many stupid things it will do along the way.

With that said, the Cornish Rex is the ultimate couch potato when it is not playing, making it an excellent fit for most families.

Native to the United Kingdom, the Colorpoint Shorthair has an elf-like appearance, thanks to its large pointed ears, almond-shaped eyes, and lean build.

This breed is exceptionally talkative and loves attention, causing a ruckus when it does not receive enough attention and affection. Therefore, expect this cutie to follow you around all day when you are at home. Fortunately, the Colorpoint Shorthair loves playing, making it easy for you to keep it entertained.

Japanese Bobtails are absolute cuties with their stocky builds and short fluffy tails. They are also one of the oldest cat breeds in the world. Some sources suggest they have been on the Asian continent for at least 1,000 years.

However, the Japanese Bobcat’s rise to fame came in 1602 when Japanese authorities enlisted their services to deal with the rodent problem that was doing a number on the silk industry.

The Japanese Bobtail is a playful and friendly feline, making it an excellent fit for families with young children.\

It is sad to realize that the numbers of some of the loveliest cat breeds in the world are gradually fading into oblivion. If you are a cat lover, pick up one of these and take care of it well. You might not get that chance again. 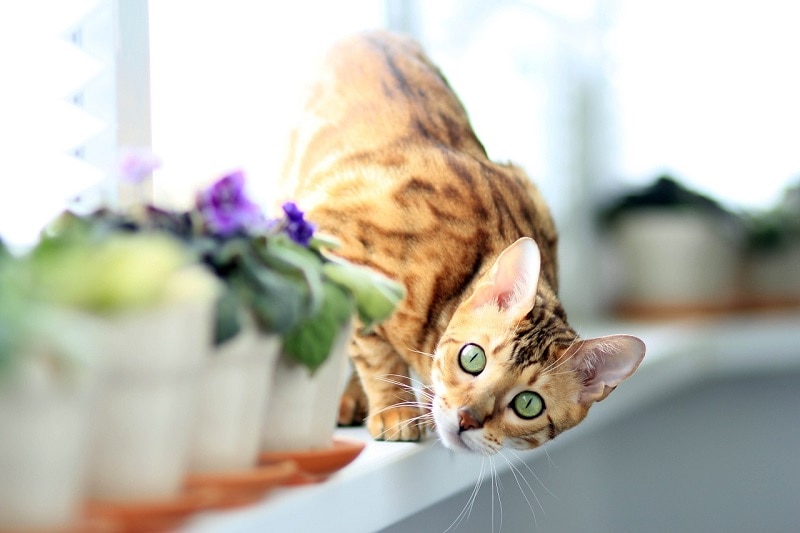 11 Humane Ways To Keep Cats Out Of Your Flower Beds 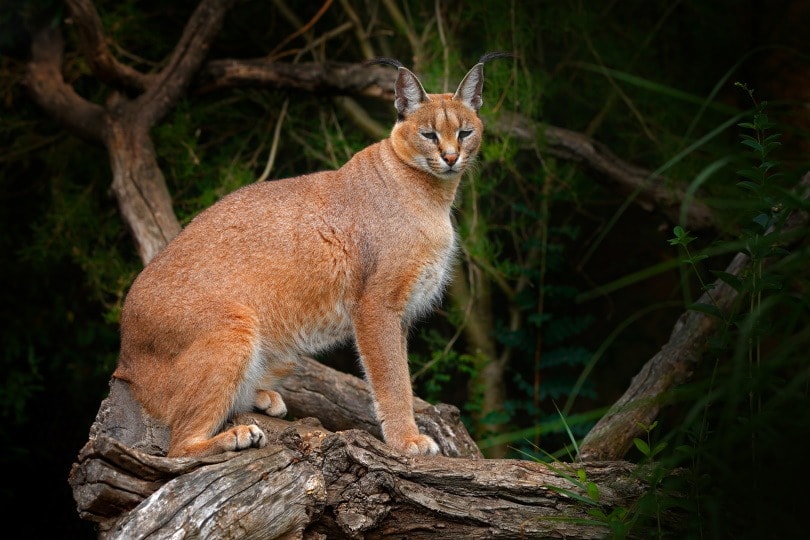 Do Caracals Make Great Pets? Here’s What You Need to Know!