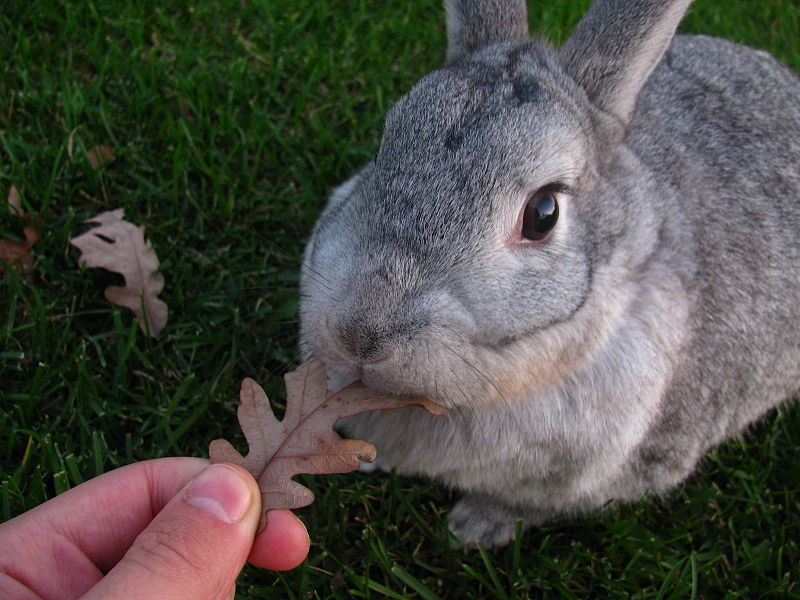 These gentle giants are the largest of 3 breeds in the family of Chinchillas recognized by the American Rabbit Breeders Association! Descended from the much more average sized Chinchilla imported from France, the American breeders who created the Giant Chinchilla definitely thought that bigger was better… But we’ll let you be the judge of that.

With their dense, uniquely colored coats and calm, almost dopey demeanors, the Giant Chinchilla has gained great popularity as a house pet since its introduction to America in the early 1900s. In this article, we’ll be discovering their history and origins, as well as giving helpful hints on care and feeding in the home.

So, if you’re considering keeping one of this rabbit breed as a pet or just curious about where they come from and what they’re like, then read on for more!

History and Origin of the Giant Chinchilla Rabbit Breed

Very shortly after the original Chinchilla rabbit breed was developed in France in the early 1900s, breeder Edward Stahl of Kansas City, Missouri imported a pair. Starting as early as 1919, he set out to make this curious new breed into something even bigger and better.

In just two years, Stahl had produced his first great success: By crossing a Chinchilla with white Flemish Giants, white New Zealands, and an American Blue, he produced what he thought of as a flawless example of his new breed.

Then called the American Giant Chinchilla, his “Million Dollar Princess” rabbit took the 1922 Kansas City Rabbit Show by storm. With an almost-perfect combination of qualities for a desirable fur and meat rabbit, the Giant Chinchilla quickly spread across the nation.

While World War II dampened the enthusiasm for rabbit breeding as a hobby or business venture, Giant Chinchillas managed to survive as a breed thanks to the efforts of dedicated enthusiasts.

The first thing you’ll notice about a Giant Chinchilla may be their distinct fur color: Resembling the smaller animal that is their namesake, the Chin family all have a complex coat composed of bands of blue, gray, silver, black, and tan.

Of course, it would be hard to miss the sheer size of the Giant Chinchilla as well: Their robust, semi-arched bodies can tip the scale at nearly 16 pounds, making them another heavyweight in the domestic rabbit world. 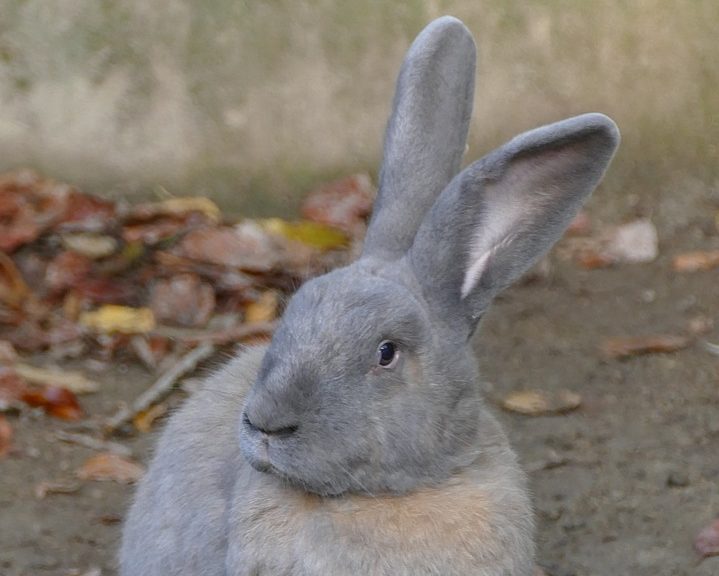 Because of their larger size, Giant Chinchillas are more easily prone to health problems if not given a proper diet and exercise. To prevent this, use the following guidelines:

Always supply them with large quantities of filtered water and timothy hay – you’d be surprised by how much they can eat and drink! Supplement this with daily servings of dark, leafy greens and nutrient-dense rabbit kibble to round out their vitamin and mineral intake.

Enclosure size is especially important for giant rabbit breeds; they should easily be able to stand up to their full height, stretch, and move around comfortably. For this reason, Giant Chinchillas do especially well when given an indoor/outdoor lifestyle. Daily exercise is essential to their health – be sure and at least encourage them to take a walk around the house once per day!

The thick, luxurious coats of all the Chinchilla breeds need more care and attention than most rabbits, but none more so than the Giant Chin. With an especially large area of fur to groom, they’re prone to digestive problems if they have to groom themselves too often; expect to brush them twice per week for most of the year, and 3 times or more per week during their shedding season in the spring.

Giant Chinchillas are some of the most mild-mannered rabbits that you can find to keep as pets. Their relaxed demeanors can even border on laziness, so be sure to give them plenty of toys to play with! They thrive in households with plentiful stimulation, though it’s generally advisable not to mix them with small children; both stand a chance of hurting the other entirely by accident.

A truly American adaptation of a classic French breed, the Giant Chinchilla may have originally been intended for meat and fur… But now enjoys a reputation as an excellent house pet and constant (if docile) companion.

We hope you’ve enjoyed reading about this gentle giant of the rabbit world!