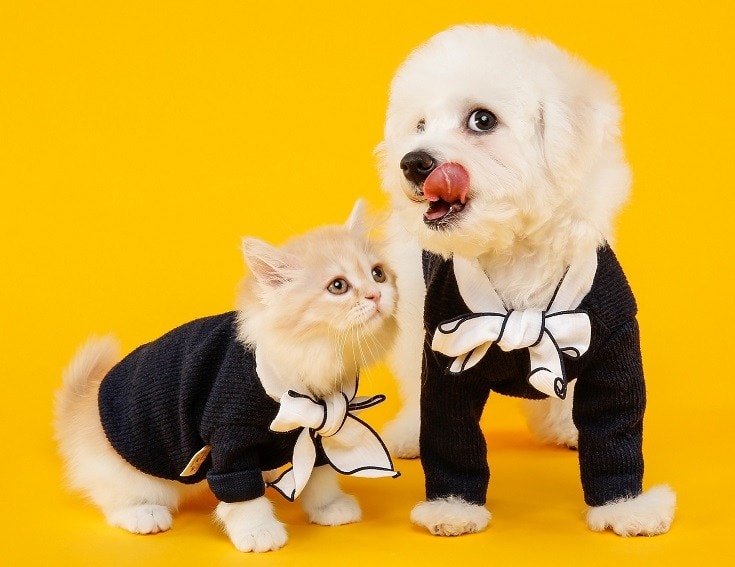 Pets play an important role in our lives, offering companionship, reducing stress, and giving us endless entertainment with their often-quirky antics. Unfortunately, most household pets have relatively short lifespans — many below 5 years — and it can be difficult to form a close bond with some pets knowing that the inevitable is shortly on the way.

However, some pets can live for many decades, and some will even outlive their owners. Pets in captivity that are well cared for can live far longer than they would in the wild, and this is great news for pet owners. Of course, several of these pets require special care, and you should not jump into owning one lightly.

Without further ado, here are 12 household pets that can live a long time.

Bearded Dragons are one of the most popular lizards kept as pets worldwide and typically have a lifespan of 10-15 years, in some cases longer: The oldest Bearded Dragon on record lived just under 19 years. Bearded Dragons and almost all other captive lizards require special attention and care. They need vivaria that must be carefully monitored for temperature and humidity and are as close to their natural habitat as possible.

Chinchillas are fairly low-maintenance pets and typically live for 10 years on average but can live 20 years and beyond if well cared for. The oldest Chinchilla on record lived just shy of 30 years! They are native to the Andes mountains of Northern Chile and unfortunately, were nearly driven to extinction due to the high demand for them as pets and for their soft, luxurious fur. Luckily, hunting them was banned in the early 1900s, and they came back from the brink. Almost every Chinchilla in captivity in the United States is a direct descendant of 11 Chinchillas brought over in the 1920s.

A seemingly unlikely addition to this list, frogs kept in captivity can live 10-15 years or more. Small tree frogs, like White’s tree frogs (Litoria caerulea), can easily live 15 years and have been recorded to live up to 21 years in some cases. The oldest frog on record was a New Zealand Maud Island frog that lived an astonishing 37 years. Frogs require special tanks with accurately controlled temperature and humidity and should not be handled regularly due to their sensitive skin.

Goldfish are a domesticated version of the Prussian Carp and are immensely popular pet worldwide. Most goldfish tend to live 5-10 years, but they are commonly kept in small bowls where waste can quickly build up. If they have the correct tank size and are properly looked after, Goldfish can easily live 15-20 years. The oldest Goldfish recognized by the Guinness Book of Records was an astonishing 43 years old!

Iguanas are one of the longest-lived captive lizards and have average lifespans of around 15-20 years. With special attention and the right care, many are known to live much longer, even up to 30 years! They need a substantial enclosure, as they can grow up to 6 feet long and weigh up to 18 pounds and are one of the largest lizards in the Americas.

The Koi fish is a domesticated Amur Carp that is closely related to the Goldfish. In captivity, they can easily live for 25-35 years if properly cared for. The oldest Koi on record was Hanako, a scarlet-colored female that lived to be 226 years old! The age of a fish is calculated in a similar way to counting rings on a tree, and Hanako was determined to be this age by counting the rings, or annuli, on her scales.

The beautiful Leopard Gecko, named for their striking spotted skin, is native to the desert regions of Afghanistan, Pakistan, and parts of India. In captivity, they will easily live for 15-20 years if properly cared for and can reach up to 10 inches in length. The oldest known Leopard gecko in captivity lived to 28 years.

Not all parrots have long lifespans, but even the short-lived species have an average lifespan of 15-30 years, which is fairly substantial. The largest species of parrots are famously the most long-lived, and often will outlive their human caretakers. Macaws live 50 years on average but can easily get beyond 75 and have been recorded up to 100 years. African Greys can also easily reach 75 and up, but the oldest parrot on record was a Macaw named Charlie that lived to 114 years and famously, was Winston Churchill’s parrot when he came into office.

Large species of snakes have long lifespans when kept in captivity, typically 13-18 years on average. The Ball Python is one of the longest-lived species in the world, often living 25-30 years in captivity with the correct care. The oldest snake on record was an albino Ball Python named Gerry that lived to be 42 years old.

Pet Tortoises are becoming a popular pet due to their calm and quiet nature and because they are so easy to care for. They can live for an exceedingly long time, though, typically 50-100 years, so they are a massive commitment. Some larger species, like the Galapagos tortoise and Seychelles tortoise, routinely live for well over a century. A Seychelles giant tortoise named Jonathan is the oldest on record, living on the remote island of St Helena and is around 187 years old.

There are several hundred different species of Tarantula, and the females can live for up to 20 years in captivity, and some even up to 30 years. A female Armored Trapdoor Spider lived an astonishing 43 years and had been studied by arachnologists since she was a hatchling in 1974. This is made more astonishing by the fact that she was not kept in captivity, where spiders will generally live far longer lives.

Last, but not least are our domestic favorites, dogs and cats. Most dog species can easily live for 15-18 years, and some domestic cats can reach 20 years old. The oldest dog on record was Bluey, an Australian Cattle dog that lived to 29 years old. Crème Puff was the oldest cat ever recorded, a mixed breed domestic cat that lived to 38 years old!